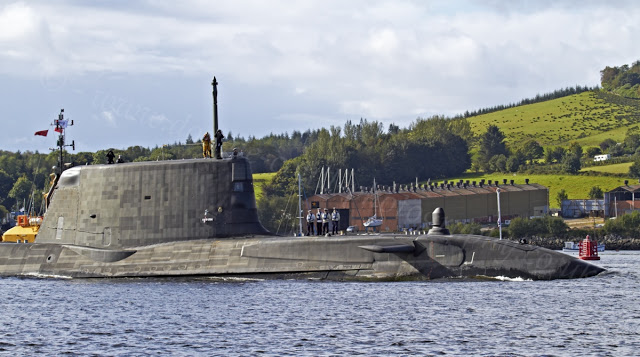 BARROW-built Ambush is due to officially join the Royal Navy today.

A commissioning ceremony will take place at Faslane naval base on the Clyde where the 7,400-tonne sub will officially become “Her Majesty’s Ship”, or HMS Ambush. The second Astute-class attack submarine was launched in January 2011 at BAE Systems shipyard in Barrow-in-Furness, Cumbria. The nuclear-powered submarine arrived at her home port of HM Naval Base Clyde in September last year where she has undergone extensive sea trials. Ambush is 97 metres-long and holds around 100 personnel. She travels at a speed of up to 30 knots.