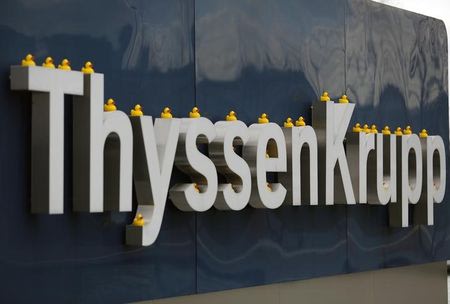 At the end of May 2013, the German and Polish defense ministers signed a Letter of Intent on naval cooperation. What does that mean for Polish submarine plans?

Poland’s current submarine fleet includes 1 Russian Kilo Class boat, ORP Orzel , which was commissioned in 1986. Another 4 modernized U207 Kobben Class  pocket submarines of German design were given to Poland by Norway, who added 1 Type 207 used for spares/ training. The tiny 435t Type 207s were commissioned in Norway from 1964 – 1967, which doesn’t leave them much of a safe lifespan.

Poland’s 2013 – 2022 defense modernization plan expects to finalize specifications for new submarines by the end of 2013. Two would be bought in 2022, and a 3rd in 2030. Poland’s shipyards had been expecting to participate, and to receive technology transfer benefits.

A copy of the LoI received by Defense Industry Daily sets out 28 named cooperation domains. They include joint exercises and services, exchange of knowledge and personnel, operational activities together, and the acquisition and maintenance of new equipment.

Procurement projects include include common procurement and operation of Joint Support Ships, and of mission modules for Germany’s 6 forthcoming MKS180/ K131 special mission ships. New oilers and tankers are listed as a common development and operation case: Poland operates only ORP Baltyk, and Germany’s 2 remaining Walchensee Class coastal tankers were commissioned in 1966.

Submarines are mentioned twice, via generic “cooperation in the field of submarines” (#1), and “Establishment of a DEU-POL submarine operating authority” (#8). The first is normal, but the second is an important step, especially in light of recent events in both Poland and Germany.

Germany’s budget has seen steady pressure, leading to planned reductions and sell-offs within a number of major orders. Poland’s defense budget, which had defied European trends, is headed for imminent cuts as 2013 government revenues come in below expectations. The MON has stated that it will protect land systems modernization as a top priority, and recent orders for more wheeled Rosomak IFVs seem to reinforce that trend. On the modern battlefield, airpower is the dominant asset, and Poland’s planning acknowledges that they need to improve both their aerial fleet and their air & missile defense capabilities. The Polish Navy has generally been the lowest priority for Polish military modernization, and current imperatives show no signs of changing that status.

In that environment, new submarines look to face funding challenges, unless the budgetary environment improves.

Those circumstances are adding plausibility to an unconfirmed report we’ve received that that the German BWB has proposed leasing 2 of the Deutsche Marine’s U212A submarines to Poland, a move that would keep the German fleet at 4 despite planned deliveries. A common operating authority is certainly a good way to tie that kind of arrangement together, and each government has reasons to like the idea. Not only would Germany save on operating expenses by remaining at 4 boats, they would be able to make money doing it, instead of paying for basic maintenance of mothballed boats. Meanwhile, Poland would avoid the huge up-front cost of buying new boats, and might be able to save money by decommissioning the old, maintenance-intensive U207/Kobben Class boats soon after any U212A lease.

Our source says that a deal could be done by the end of 2013.

If true, the EU can be expected to stick its nose in – as they did in 2010 when the Czech Republic bought/ bartered for 4 C-295M light transports from EADS, without opening the deal to EU-wide competition.

Poland’s shipyards like Stocznia Remontowa Nauta and Stocznia Marynarki Wojennej, whose owners were hoping to use the submarine deal to modernize their aging infrastructure, would also be out in the cold. The Polish shipbuilding industry is a shadow of what it was in the 1980s, when the Gdansk-centered Solidarity movement began bringing down the Soviet Empire. Then again, neither are they easily dismissed.

One of the most modern non-nuclear submarines in the world has been named during a ceremony at the shipyard of ThyssenKrupp Marine Systems GmbH, a company of ThyssenKrupp Industrial Solutions AG. This marks another important milestone in the ongoing shipbuilding programme for the German Navy: U36 is the second boat of the second batch of HDW Class 212A submarines destined for operation in the Navy. The German town of Plauen has assumed sponsorship for U36. The ultra-modern submarine was named by Silke Elsner, companion to the Mayor.

The contract to deliver a second batch of two HDW Class 212A submarines was signed on 22nd September 2006 in Koblenz with the German Office for Military Technology and Procurement/BWB (now the German Office for Equipment, Information Technology and Employment of the Bundeswehr/BAAINBW). The submarine building activities are taking place at the shipyards of ThyssenKrupp Marine Systems in Kiel and Emder Werft- und Dockbetriebe in Emden.

The two additional units will be largely identical to their sister ships from the first batch. They are also equipped with the HDW air-independent fuel cell propulsion system which has already given excellent results in operations with the boats of the first batch. The German Navy submarine U32 gave renewed proof of this in April 2013. On the way to participate in naval exercises in the USA the boat produced a new record for non-nuclear submarines with 18 days in submerged transit without snorkelling.

To meet changes in operational scenarios and to take constant technological advances into account, a number of modifications have been made in the second batch:

The Italian Navy has also decided in favour of a second batch of two HDW Class 212A submarines, which are being built under licence by the Italian shipyard Fincantieri. That means that the Italian Navy will soon also have four boats of this class available for operations.

The INS Rahav submarine is seen at the dry dock at the Howaldtswerke-Deutsche Werft shipyard in Kiel, Germany.
Israel has launched its fifth Dolphin-class submarine, which was constructed to undertake long-range classified missions and carry missiles armed with nuclear warheads, at a shipyard in northern Germany.
.

The director general of Israel’s Ministry of Military Affairs, Major General Udi Shani, the commander of the Israeli navy, Rear Admiral Ram Rothberg, and a number of other Israeli and German officials attended the inauguration of the submarine at the Howaldtswerke-Deutsche Werft (HDW) shipyard in Kiel Port on Monday.

.
The submarine, named the INS Rahav, will cost $500 million and will arrive in Israel in one year upon the completion and installation of its relevant systems. It is considered one of the most advanced submarines in the world and will be Israel’s most expensive piece of military equipment.
.
Israel’s first three Dolphin-class submarines are believed to be some of the most sophisticated diesel-electric submarines in the world. The fourth submarine, the INS Tanin, the first of the new generation Dolphin II submarines, was delivered in May 2012.
.
Germany donated the first two submarines after the first Persian Gulf War and agreed to cover a third of the cost of the third one.
.
In March 2012, Israel signed a contract for a sixth Dolphin-class submarine, to be delivered in a few years.
.
Israeli officials consider the submarines to be a critical aspect of the Israeli nuclear deterrent. Prime Minister Benjamin Netanyahu called the submarines “a strong and strategic tool” for the Israeli navy.
.
Source – Press TV
0.000000 0.000000