A proposal to put the dismantling of redundant nuclear submarines to the test at Rosyth in Fife is the “right decision”, the local MP Thomas Docherty has said.

Defence Minister Philip Dunne has announced that redundant nuclear submarine dismantling would be trialled in Rosyth. If the process works, the remainder of the UK’s retired nuclear fleet will be cut up in both Plymouth and Rosyth.

But he announced a further consultation on where intermediate-level nuclear waste would be stored, widening the choice to include commercial and other defence sites.

The consultation will start next year, and the Rosyth pilot will not go ahead until a storage site has been identified.

Seven redundant nuclear submarines are thought to have been stored at Rosyth since the 1990s. Eight submarines are berthed at Devonport, with others due to come out of active service in the future.

Mr Docherty said: “What the MoD is saying – and I think most people in the community would agree – is that the safest most practical way is to dismantle the submarines at the two sites. I don’t think there’s widespread opposition to that. The bit that’s more controversial is what happens to the nuclear materials. The MoD have said nothing will happen until storage has been approved. ”

However, SNP Lochgelly and Cardenden Fife councillor Ian Chisholm said he was concerned Rosyth could be left as a nuclear dump for 20 years.

“It’s a bit of a fudge in that we are still years away from getting rid of this radiation hazard from Rosyth.

“I had hoped the hulks would be towed complete, down to Devonport where they belong and where they were serviced when Rosyth lost out on the work and kobs. It is now the MoD’s decision to dismantle one sub’s radioactive pressure vessel on site at Rosyth. The only plus point is they have decided the pressure vessel should be removed in one piece but the fly in the ointment is where that piece should be stored.

“The MoD now say that if the pilot is successful the remaining subs will be dismanted at both Rosyth and Devonport but I take that with a pinch of salt. From previous MoD discussions it seems the pressure vessels are too “hot” to go straight to long term storage and would need to cool for 20 years above ground.

“But depressingly the subs will stay exactly as they are until a suitable Intermediate Level Waste site is selected.”

MoD programme manager John Davis said: “Decisions have now been taken, subject to regulatory and other statutory approvals, on where the initial phases of submarine dismantling will take place…

“No radioactive waste will be removed from the submarines, however, without a disposal or storage solution being agreed.” 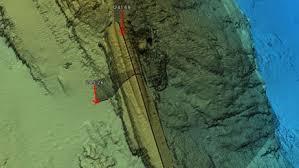