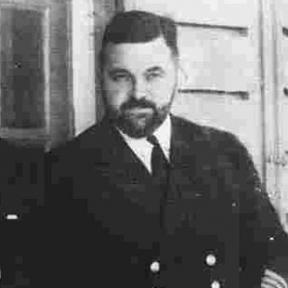 HONOUR: The Malpas birthplace of Newport’s submariner hero, Commander John ‘Tubby’ Linton VC, is to get a blue plaque

A RENOWNED submarine commander from Newport who was awarded the Victoria Cross will be recognised tomorrow with the unveiling of a plaque on the house where he was born.

John Wallace Linton VC, known as ‘Tubby’, was born in Malpas and went on to command submarines during the Second World War.

He was responsible for sinking around 100,000 tonnes of enemy shipping but died along with his crew, almost certainly due to his submarine, HMS Turbulent, being hit by an Italian depth charge.

The blue plaque will be 18 inches in diameter and will read: “Commander John Wallace Linton VC, distinguished service across the Royal Navy, was born here 15 October 1905. Posthumously awarded the Victoria Cross 25 May 1943 for conspicuous gallantry whilst in command of HM Submarine Turbulent during operations in the Mediterranean Sea.”

It will be mounted on the porch of the house where he was born in the grounds of St Joseph’s Hospital.

This plaque will be the first of a series dedicated to submarine commanders.

Rick Rothwell, secretary of the Submariners’ Association, said: “He was very well thought of by all his crew.

“That goes a long way to a submarine achieving good results, the crew being 100 per cent behind the commander.

“The management committee thought it was a good idea, while there are still living contacts to the submarine VCs, to commemorate them.

“It’s a piece of history that may never be repeated. The submarine service is over 113 years of age and in that very short time it achieved 14 Victoria Crosses.”

The Victoria Cross is the highest military honour for gallantry awarded to British and Commonwealth forces.

Doug Piddington, 81, secretary of the Newport and Cwmbran Royal Naval Association, said: “He (Tubby) was one of the greatest submarine commanders that the country has ever seen.”

Admiral Sir James Perowne, president of the Submariners’ Association, will attend the ceremony along with the Mayor of Newport, Cliff Suller.

A memorial service to Commander Linton is held every year and in 2004 a Wetherspoons pub on Cambrian Road was named after him.